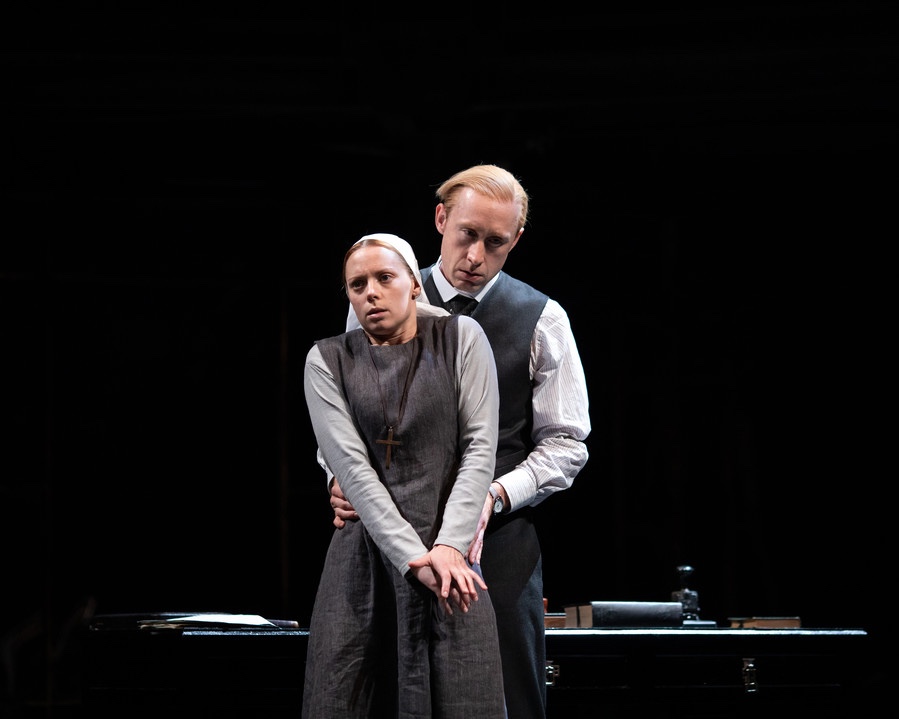 The Royal Shakespeare Company’s staging of the ‘problem play’ is, in itself, not without its issues – ★★★

With some notable exceptions, I’m left wondering if stagings of Shakespeare like Measure for Measure are best enjoyed and understood by academics and seasoned theatre critics.

In the case of this tragicomedy, those who have studied its many characters know of the several confusing subplots, and will be able to follow the script which – save for fast scene changes – lacks a captivating pace, with tired office monologues and interactions. For those unfamiliar with Measure for Measure, it is only late into the first act that the play’s premise is explained to us by ruler Angelo (Sandy Grierson): nun Isabella (Lucy Phelps) must have sex with him if she is to save her brother Claudio (James Cooney) from execution.

Plot points shared over dialogue guide the narrative throughout the first act, but with a slow tempo and little action, the performances sadly pale towards the interval.

It is then incredibly surprising that we return to what looks like a completely different production for Act Two. It feels urgent and tighter, lines are straight to the point and characters stand out. While it’s revealed far too long into the 2 hours and 45 minute production, there’s finally a sense of the predicament in which Isabella finds herself – around faith, family and morality – in addition to the gaslighting and silencing of a woman’s voice which feels all too depressingly relevant today.

Elsewhere, the floating, cloaked Duke (Antony Byrne) – disguises as a Friar – moves to the forefront. As an exaggerative stick-twirling, quiff-sporting Lucio, Joseph Arkley acts like an upper-class Jim Carrey, with rather amusing results.

Billed as a story with themes which “feel even more urgent today”, discussions around the law and justice emerge all too late. While the sudden crescendo to RSC Artistic Director Gregory Doran’s adaptation is no doubt thrilling, the long, tired journey there somewhat robs it of its impact.

Measure for Measure is now playing at the Barbican Centre until 16 January 2020.

Disclaimer: I was invited to watch Measure for Measure for free in exchange for a review of the performance as a member of the press. I did not receive payment for this review and all opinions stated are honest and my own.