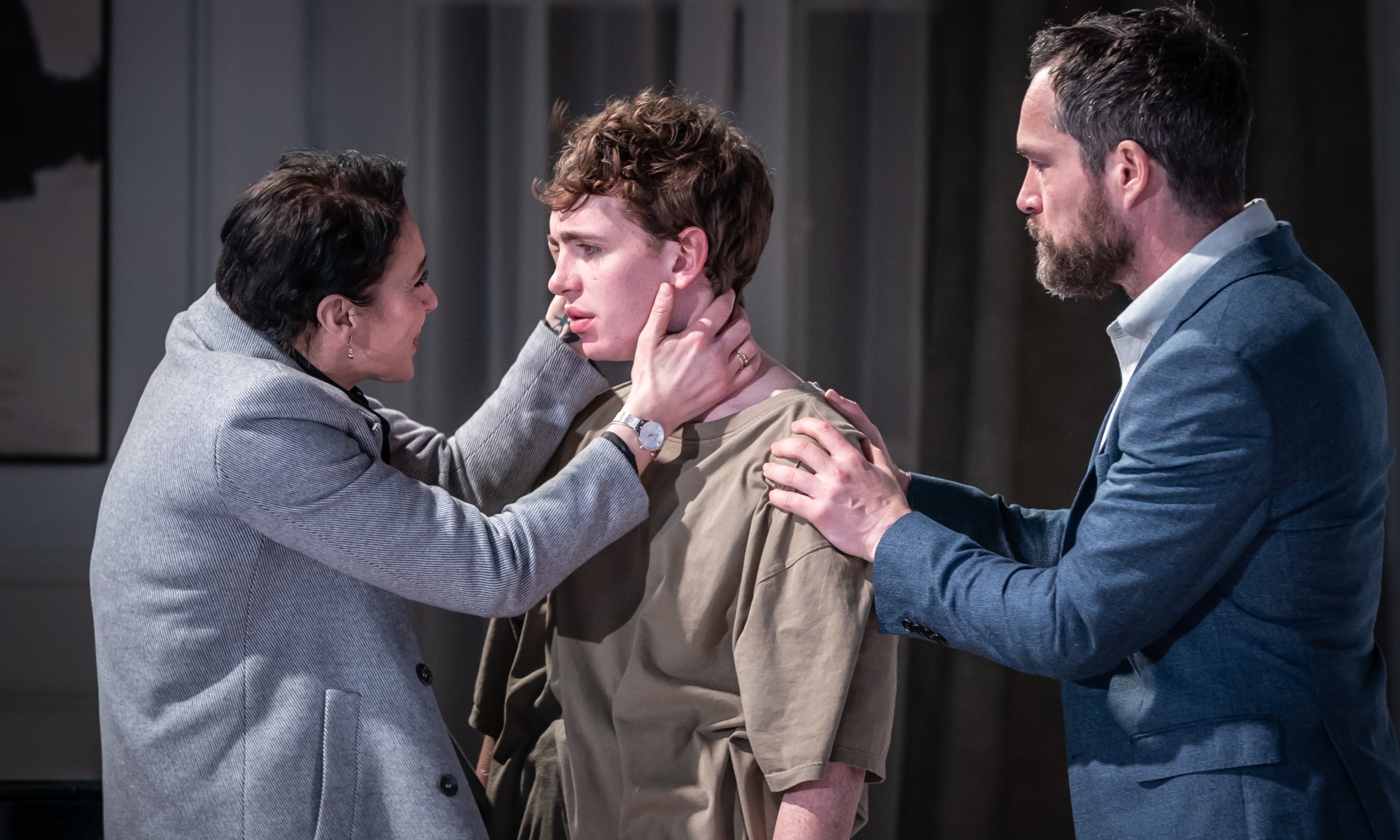 The Son approaches the issue of mental health in young adults with powerful urgency. In keeping with The Father and The Mother – the previous two plays in this familial trilogy – The Son has the same characters, but in a completely different setting. This time Pierre (John Knight) is a father separated from mother Anne (Sherlock‘s Amanda Abbington). Laurie Kynaston is the teenage son caught in the middle of it all whilst experiencing a severe depressive episode.

The family triangle, with Nicholas at the centre, is established as a binary. Not only are the teenager’s anxieties soon revealed, but in early exposition we see a mother still dealing with the damage done by a breakup, and a father trying to take a controlling approach to parenthood. As such, we see the two different approaches to addressing mental health problems: the emotional, sympathetic take from his mother, and the rational and aggressive approach from his politician father. When neither of the two approaches work properly, we see a lost Nicholas switching constantly between living with his mother, and living with his father and his new family, in a constant back-and-forth.

It’s a feeling replicated in its pacing, too. Scene transitions under director Michael Longhurst are fast-flowing and urgent, aided by haunting, pulsating music from Isobel Waller-Bridge (talented sister to Emmy Award winner Phoebe). Save for unnecessary and slowing periods of stage management where actors clean up the set, the direction offers the audience little time to pause, as Zeller’s script becomes all the more distressing.

While Nicholas’ crisis is sensitively written – and powerfully performed by Kynaston with a heartbreaking sense of loss – the dialogue falters with Pierre, becoming at times awkward or rather on-the-nose whenever the father celebrates his son’s apparent progress at school. As a character, he is incredibly frustrating, and indeed frustrated. His naïvety and lack of awareness of Nicholas’ mental health issues at first is both harmful and illogical. Although this is not to discredit Knight’s performance in the role, as a man anxious not to repeat the past and keen to establish a sense of control of the present.

Yet, the role of the mother in the situation comes across as under-developed towards the end of the production. A moving conversation between Nicholas and Anne is a noticeable moment in a performance delivered with conviction across the whole of the play by Abbington, but such emotion is absent in other key moments later on in the production. Such a lack of presence may be intentional to further focus on important issues of toxic masculinity and mental health in men, or to hint at this being a factor in Nicholas’ depression, but the emotional baggage carried by Anne is not fully exposed within the hour and 45 minutes running time. Indeed, neither is the reason for the occasional disconnect between mother and son properly revealed, when a deeper exploration of the maternal relationship could prove just as striking and gut-wrenching as the paternal.

Unflinching in its portrayal of teenage depression, The Son is a tough watch, but an incredibly important one.

The Son is now playing at The Duke of York’s Theatre until 2 November.

Disclaimer: I was invited to watch The Son for free in exchange for a review of the performance as a member of the press. I did not receive payment for this review and all opinions stated are honest and my own.