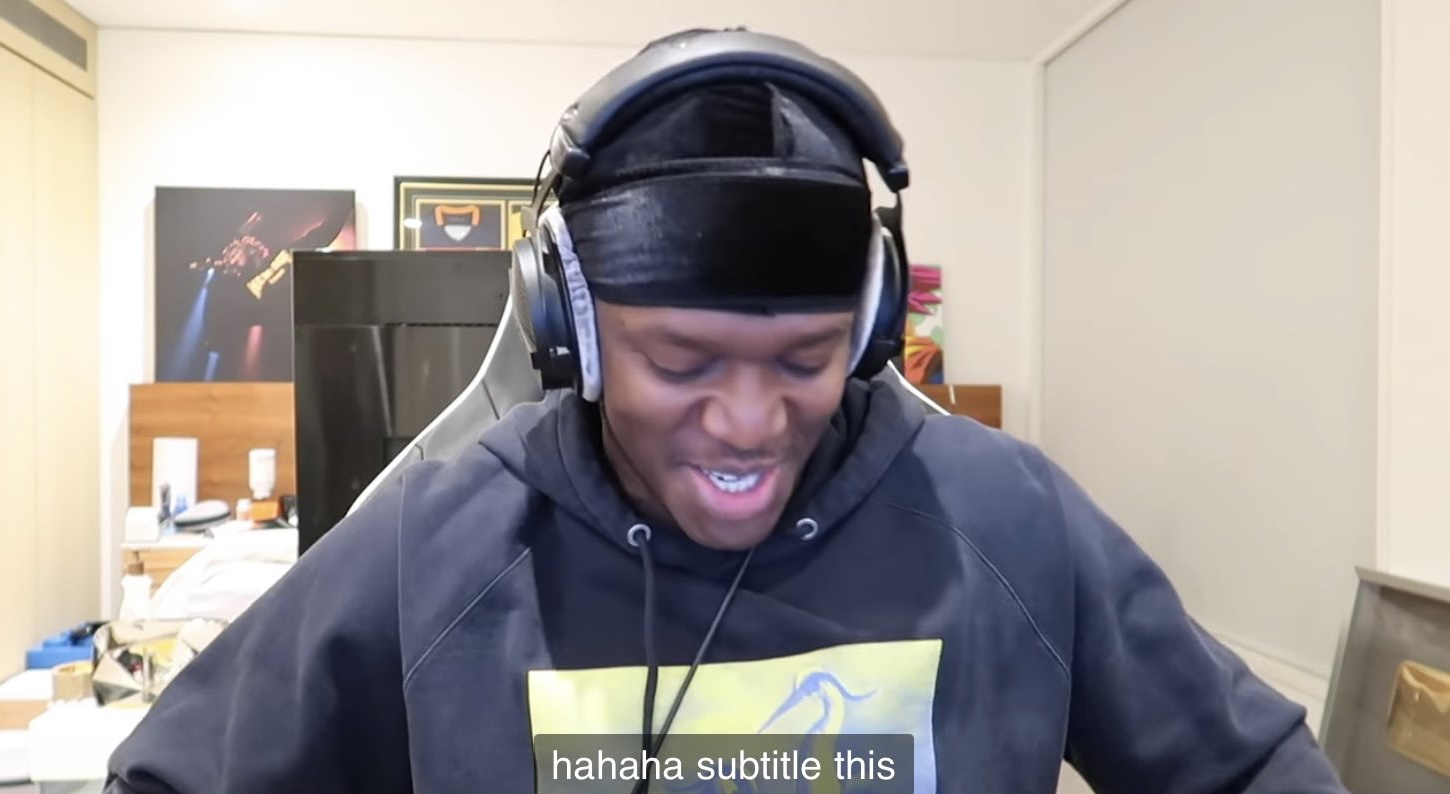 Boxing star, rapper and content creator KSI (real name Olajide ‘JJ’ Olatunji) is mocking the deaf community. With his influence, he should be more careful.

“Haha, subtitle this,” jokes KSI in a video earlier this month, before wriggling his fingers and making garbled noises. The aim was to pose a challenge for his captioner, Jake, who had to transcribe it all. While he saw the funny side – writing ‘MO is goated’ and other hidden jokes in the captions – I, as a deaf person, did not.

Just three days prior, the Really Love musician – who has 22 million subscribers on his main channel and over 11 million on his second – had ruled out captioning his content for deaf audiences after receiving a request to do so. “As much as I would like to type out everything that I say in every video,” he says, “it would take too goddamn long – to the point where I would be uploading once a week.”

Yet a day later, a solution came through, and captions were provided. All JJ needed to do was speak to his editor, Mo, “and a few people behind the scenes” to make his videos accessible to deaf and hard of hearing people.

Though away from the creator apathy around manual captions (which I believe YouTube still needs to look into), JJ has now moved on to mocking British Sign Language (BSL). Instead of learning useful phrases, KSI was quick to ask a deaf fan – who was teaching him how to fingerspell his channel – if he could learn how to sign numerous sentences involving expletives. He also – again, as a joke – compared sign language to gang signs, an interpretation which has seen a deaf man stabbed in North Carolina in 2013.

It should hopefully be clear to most hearing people as to why immediately wanting to learn something offensive in another language isn’t appropriate. Using BSL to insult your friends doesn’t mock them; it mocks and trivialises a language belonging to a community worthy of respect – some members of which are JJ’s viewers, as the video above shows.

Then, if we’re talking about leaving jokes in the captions, then we only need to look at YouTube’s recent decision to scrap community captions to understand why this is a bad idea. As part of their reasoning for removing the feature – which allowed viewers to add captions to a channel on a creator’s behalf – the platform cited spam and abuse, where people were using the tool to harass others or promote their own channels. Accessibility features are not there for you to exploit; they are there to enable you to fill out an important requirement and expectation as a content creator.

To KSI’s deaf fans, do not fulfil his request to diminish British Sign Language. To JJ, deaf campaigners such as myself and others have worked tirelessly to challenge the misconceptions you have demonstrated in your recent videos, and promote good deaf awareness. With a following of your size, recognise your impact, and don’t undo our hard work.