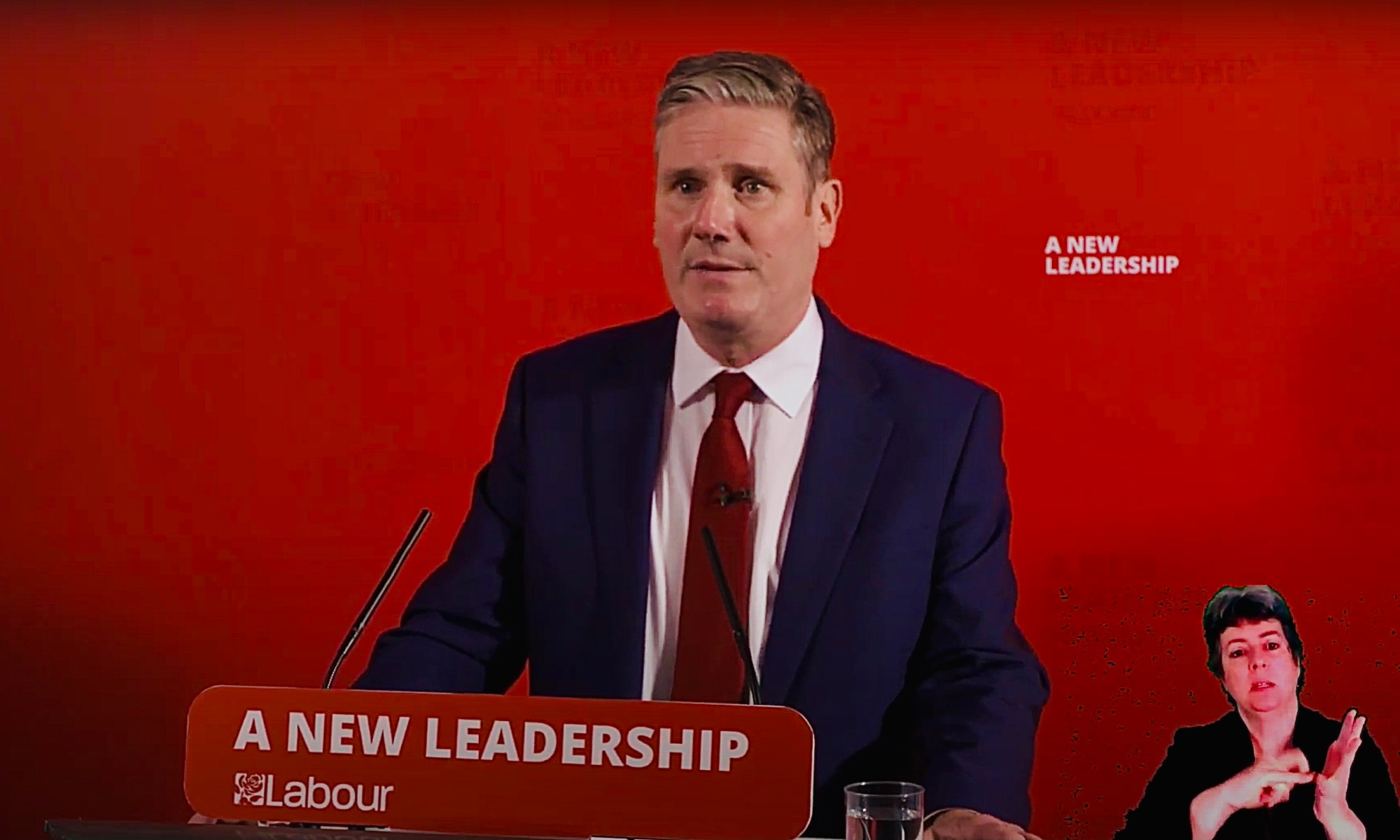 The Labour Party has until Monday to reply to a legal letter regarding its failure to provide a British Sign Language interpreter for Sir Keir Starmer’s press conference earlier this month.

In a document sent to Labour on 14 October, legal firm Fry Law claimed the political party had breached the Equality Act by not providing BSL access for its briefing with the Leader of the Opposition.

The letter, sent behalf of their client, deaf actor and speaker Katie Rowley, called for Labour to provide a written apology, compensation and a commitment to providing an interpreter for all future press conferences – with a 14-day deadline to respond.

“Much to Ms Rowley’s dismay, the Briefing had no BSL Interpreter. She could not follow any of the content.

“As a result of the inaccessibility of the briefing for our client, she was left feeling excluded from her own political party, she felt insignificant and irrelevant and isolated,” it reads.

Sir Keir Starmer is currently delivering a press conference in response to the @EHRC’s report on antisemitism. Unlike his last briefing, a BSL interpreter has now been provided.

They are, however, not visible currently on the BBC News Channel. #WhereIsTheInterpreter https://t.co/xucybos80g

In a statement to Disability News Service, a Labour spokesman said that while they  did try to get a BSL interpreter, the conference was organised “with only a few hours’ notice”.

“The Labour Party is committed to introducing a BSL interpreter at future news events and we have already spoken to Vicky Foxcroft [Shadow Minister for Disabled People] about taking this forward,” he said.

Earlier today, a televised statement from Sir Keir responding to the Equality and Human Rights Commission’s report into antisemitism in the party came with BSL interpretation on their social media channels.

However, Chris Fry of Fry Law have since revealed to Liam O’Dell that Labour did not respond to their letter of claim within a fortnight, missing the initial deadline set by the firm.

“Yesterday we e-mailed the General Secretary threatening an application for interim injunctive relief by 4pm on Monday 2 November 2020 unless they agree to provide an Interpreter on platform for all further announcements.

“Clearly someone in the Labour Party recognises that an Interpreter is necessary because they put one on their Facebook stream in vision. Why just there?

“Why not on platform with Keir Starmer where people from the Deaf Community can follow live, and across any news or social media channel,” he said.

Fry went on to add the decision today was “tokenistic”, calling it a “complete failure” to comply with the party’s “own stated objectives”.

He continued: “I have no doubt that unless we receive the courtesy of a response to Katie’s claim, the Labour Party will find itself fighting another claim for inequality and discrimination through the courts.”

In an email to this website, Redstar – a Labour Party member – said it was “disgusting” that they haven’t responded to the case, adding that she didn’t know an interpreter was provided on Labour’s Facebook and Twitter channels.

“Keir Starmer as Labour Party leader should be setting an example, and should be providing access on all platforms – including TV, which there wasn’t. The whole situation is scary.

“I’m fuming with my own party. I’m thinking of leaving and taking them to the highest possible courts,” she said.

Labour are yet to respond to Liam O’Dell’s request for comment.