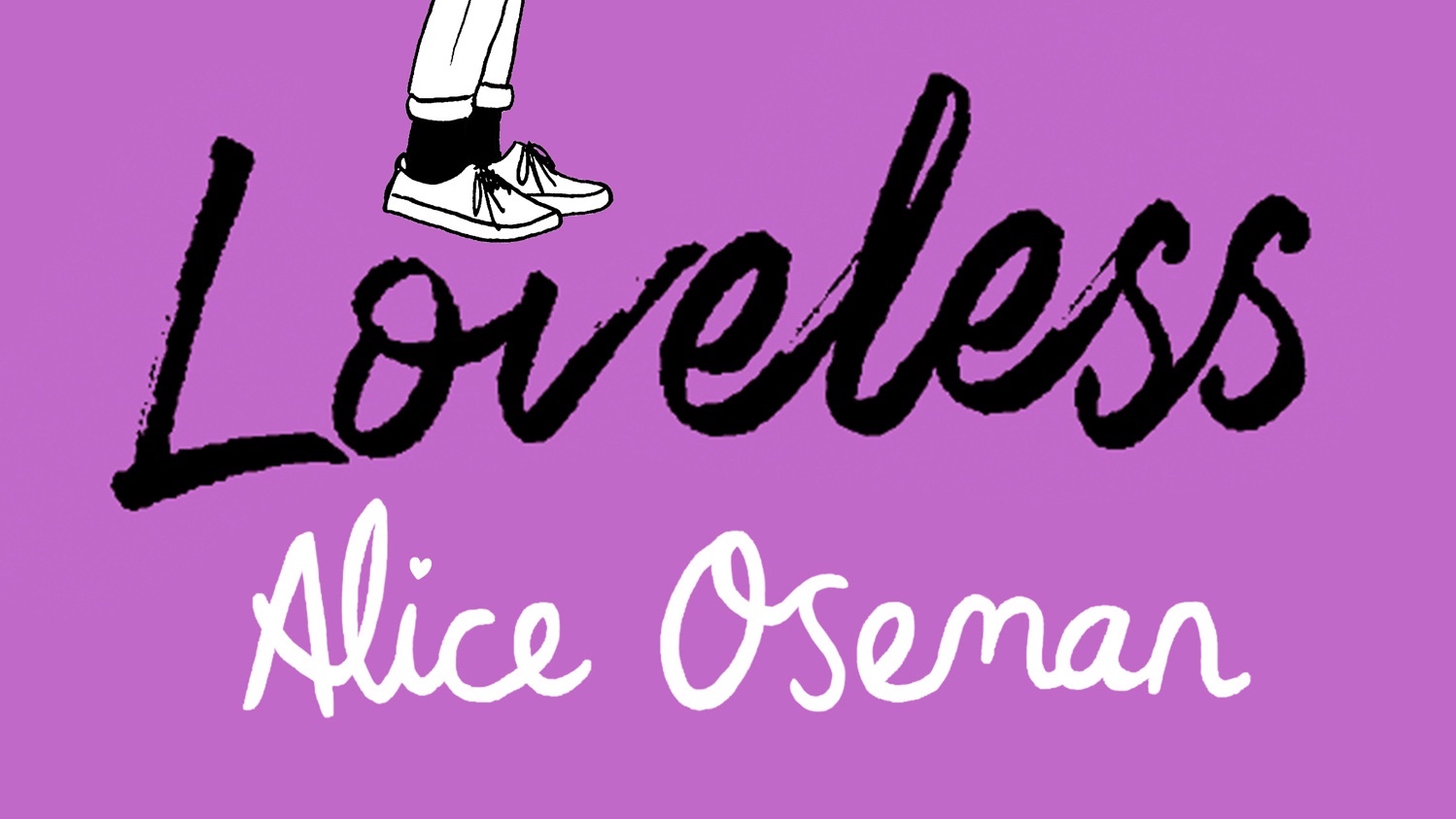 Loveless isn’t your typical YA romance novel, nor is it a real-life story. “While it isn’t an autobiographical tale,” author Alice Oseman writes in a note I receive alongside my copy of the book, “Georgia begins her journey in a similar place to my own – in a conservative town, having little knowledge about LGBTQ+ identities and issues, struck with a feeling of wrongness when it comes to boys.”

The story begins with Georgia about to start her first year at Durham University, and be immersed in all the social pressures that follow – namely the rush to form platonic, romantic and sexual relationships as soon as possible. However, she comes to learn that, much like Oseman, she identifies as aromantic and asexual – meaning that she experiences little to no romantic or sexual attraction respectively.

In the way that Loveless is sold, Georgia realising that she is aro-ace isn’t the book’s main twist or surprise revelation – it’s mentioned on the blurb and in wider publicity. Instead, the narrative arc is more her learning more about herself and how her identity relates to her close friendships.

The two main friends introduced from the outset are her two close friends. Pip, assertive with a love for theatre and directing, and Jason, who is an affectionate individual obsessed with Scooby Doo. Melded together with a shared love for pop culture, the trio’s friendship feels authentic in terms of longevity and connection, to the extent where as relationships change as Georgia explores her identity, their fluctuations are achingly raw and powerful.

💜LOVELESS, a YA aro-ace coming-out story set at university, is out today!!💜
Thank you SO so much to everyone who has bought a copy or is planning to. I really hope you enjoy reading Georgia's comedy of errors! 🎭

Though it isn’t just Georgia’s perspective on her friendships which rise and fall across the novel, with roommate Rooney desperate to hook her up with a partner at every opportunity. While Georgia begins to explore her aromanticism and asexuality, we see Rooney start to realise that having sex and a partner isn’t of interest to Georgia, and she has her own journey to follow.

While Georgia, Rooney, Pip and Jason’s storylines all intersect throughout the novel (their decision to set up a Shakespeare Society and Pip and Rooney’s love-hate relationship being the most prominent), the character of Pride Society president Sunil reads as more of a plot device for Georgia’s discovery of asexuality. Even when the time comes, the sexual orientation is laid out for her in a stream of dialogue from him. Sure, it is likely informative to those who haven’t come across the identity before, but after such a build-up to the climax of this narrative arc, all this exposition in such a short space of time feels rather rushed.

With that being said, Georgia’s reaction to such a moment is curious to follow, as Oseman no doubt writes from experience. In that instance, we sense the sheer overwhelming feeling that can come with discovering information about a new sexual orientation with which you might identify. Even though the scenario itself reads as rapid and intense, we see Georgia process and deal with the repercussions of such an event for a long time afterwards, just like she was deconstructing her inner shame about not wanting a relationship beforehand. The first person narrative of the book does well to dive deep into Georgia’s introspection as well, capturing the thought process one goes through when discovering an identity in intriguing level of detail and authenticity.

I like to think that there are some wonderful, subtle metaphors in Loveless, too – particularly in the form of Rooney’s house plant, Roderick. While friendships and relationships change, the plant is blooming and wilting in the background.

Thematically, Alice Oseman’s latest novel is a charming, honest tale of acceptance. It’s one which celebrates and appreciates love in its many forms, in a way which prompts readers to value those closest to them.

Loveless is published by HarperCollins and is available to buy online from all good bookstores.

Disclaimer: I was sent a copy of Loveless for free in exchange for a review of the book. I did not receive payment for this post and all opinions stated are honest and my own.