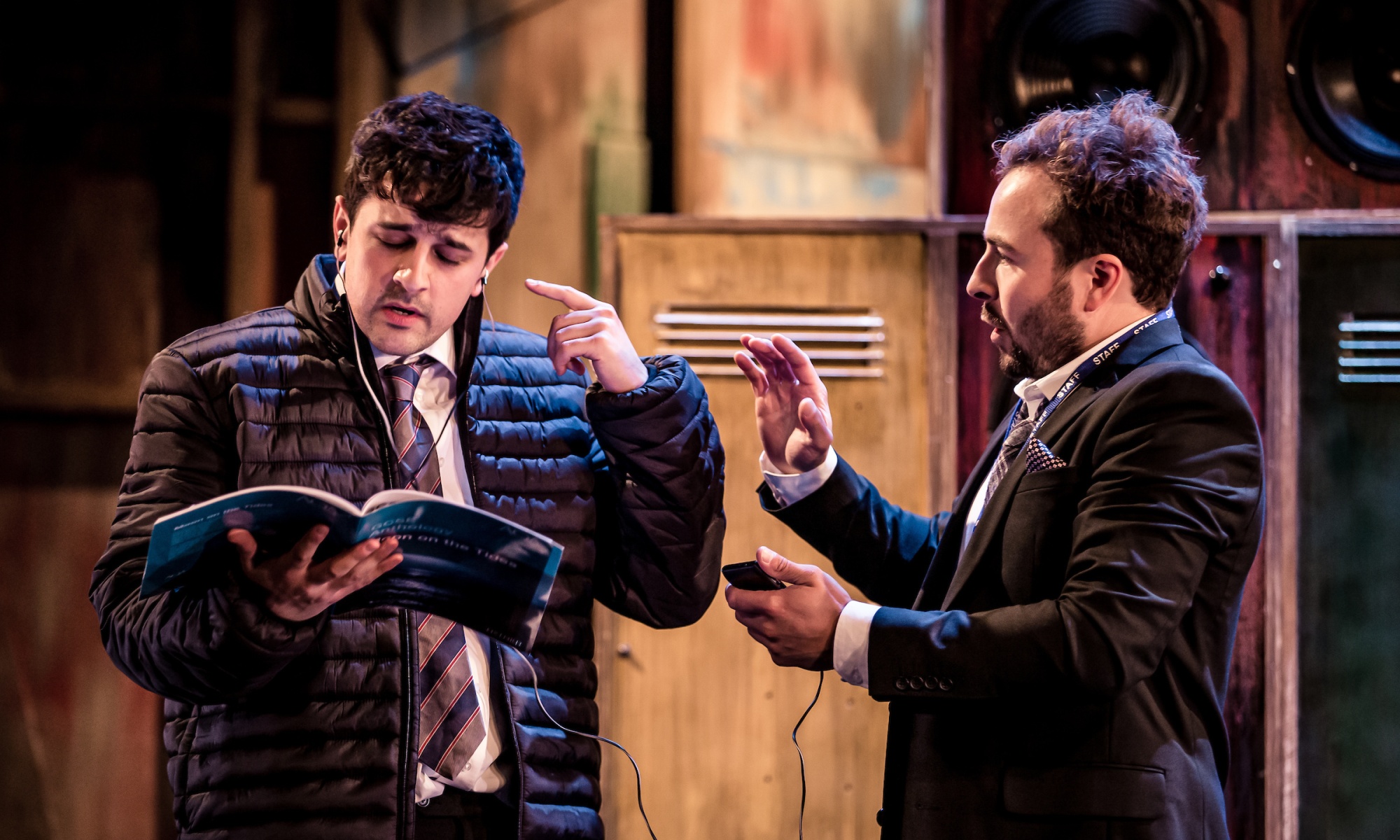 It was, in some sense, a modern King’s Speech. When Musharaf “Mushy” Asghar was recorded donning the headphones and reading aloud to teacher Matthew Burton without much of a stammer, the pupil found a new friend in the English tutor, and became an overnight celebrity. It is symptomatic of our viral, consumer culture that we soon moved on from Mushy, and we don’t know much of what happened next.

So it falls to Pravesh Kumar of Rifco Theatre Company to fill in the gaps up until now, whilst also building up the backstory that a handful of scenes in a TV documentary can often fail to provide. We see Mr Burton in a difficult family situation where he’s longing for hope, and young Mushy facing the pressure of exams and expectant parents. The emotional baggage we never see in a media snapshot is introduced, which – together with lyrical narration and numbers from rapper Raxstar – makes that moment all the more magical.

In taking us back to Mushy’s life-changing moment, Kumar tries to establish 2013 pop culture. While the stereotype of mother Ammi’s dreams of Mushy becoming a doctor are at least acknowledged in the production (with Medhavi Patel doing well to excel far beyond the role’s clichés), jokes about Candy Crush and a heavy focus on Twitter followers come across as forced, dated and try-hard. Though they do little to ground it in the play’s setting, it does attract laughs in an upbeat production which doesn’t take itself seriously.

Oliver Longstaff’s performance is a fine example of the laid-back nature of this musical, donning various garments to play female characters with gusto. That, and a rap number about ‘blowing bubbles’ as a part of speech therapy, which is so bizarre that it actually works amongst the musical’s wider, jovial tone.

Though this is not to say that the production downplays the incredible challenge and issues faced by Mushy. A brief remark about media representation and the lens in which it viewed the viral moment is an interesting one when thought about with six years of hindsight.

After all this time, Mushy still seems to evoke new motivation and inspiration, as it celebrates the sudden success and freedom that follows afterwards in an incredibly upbeat fashion. Varun Raj has us hanging on to every word as Musharaf with tight pacing, both as he sensitively handles the stammers, and delivers Raxstar’s lyrics with impressive flow and confidence. When Musharaf has the mic once more, the power of music – and indeed friendship – is not understated.

Mushy: Lyrically Speaking is now playing at the Arcola Theatre until 5 October. It will then conclude its UK tour at the Leeds Playhouse, playing from 8 October until 12 October.

Disclaimer: I was invited to watch Mushy: Lyrically Speaking for free in exchange for a review of the performance as a member of the press. I did not receive payment for this review and all opinions stated are honest and my own.