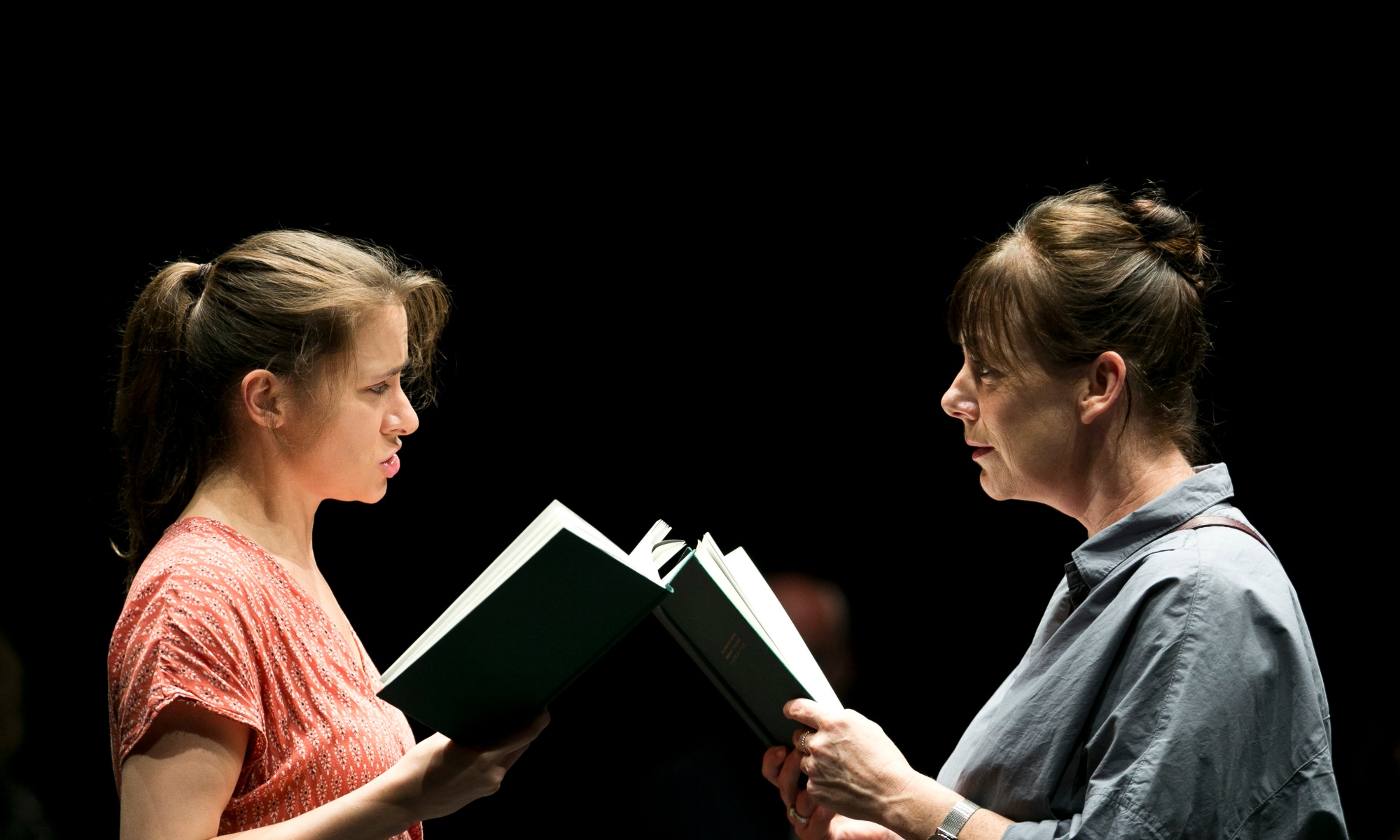 Experimental playwright Tim Crouch’s latest theatrical experience turns the audience into a cultish reading group. Everyone – including the actors themselves – has a copy of a book to hand and turns the pages together.

The story itself, while delving into expansive issues such as religion, science and faith, still manages to feel minimalist in nature. Director Andy Smith, through having the audience sit in a small circle around the actors, creates a sense of intimacy which is, at times, unsettling. When the fourth wall breaks and audience members are asked to read from the book, the collective becomes singular. Individual imagination is encouraged as much as a sense of a group think – something made all the more fascinating when a character proclaims that “belief is the end of intelligence”.

Line of Duty‘s Susan Vidler plays Anna, an outsider to a world that is preparing for an apocalyptic event, for whom its inhabitants – amongst them a fanatical young person named Sol (Shyvonne Ahmmad) – speak through the same book audiences read. It’s one of the many ‘meta’ or self-referential elements in the 70-minute production, with another being author Crouch playing the fictional book’s supposed author, Miles. To describe the play is hard, to feel lost and overwhelmed is easy. Soon we are as reliant on the book to follow the story as the actors are themselves – a belief system to offer a source of comfort. Yet when this very system collapses as the play progresses, the outcome is detrimental and brilliantly subversive.

In any other production, seeing actors dependant on a script on the stage would be a valid criticism, but this is show is certainly unusual. While the playtext is read with conviction from the cast, it’s somewhat paradoxical that it’s when they go off-script that it gets particularly interesting. In one scene, Vidler and Ahmmad act only with facial expressions as audience members read their lines for them. At other points they abandon the book altogether, and the attention is on them. Everyone has their own reading speed, but with actors in control of when to turn the page, their manipulation of the pacing only adds to the play’s intensity.

It works, too. For in addition to the book containing the script, it also features vivid illustrations from artist Rachana Jadhav, often used for backstories or exposition which doesn’t lend itself well to the stripped-back nature of the set. The result makes the novel almost biblical. Both on and off the page, Total Immediate Collective Imminent Salvation is ethereal and unnerving. This is one story which you definitely don’t want to skip ahead.

Disclaimer: I was invited to watch Total Immediate Terrestrial Salvation for free in exchange for a review of the performance as a member of the press. I did not receive payment for this review and all opinions stated are honest and my own.