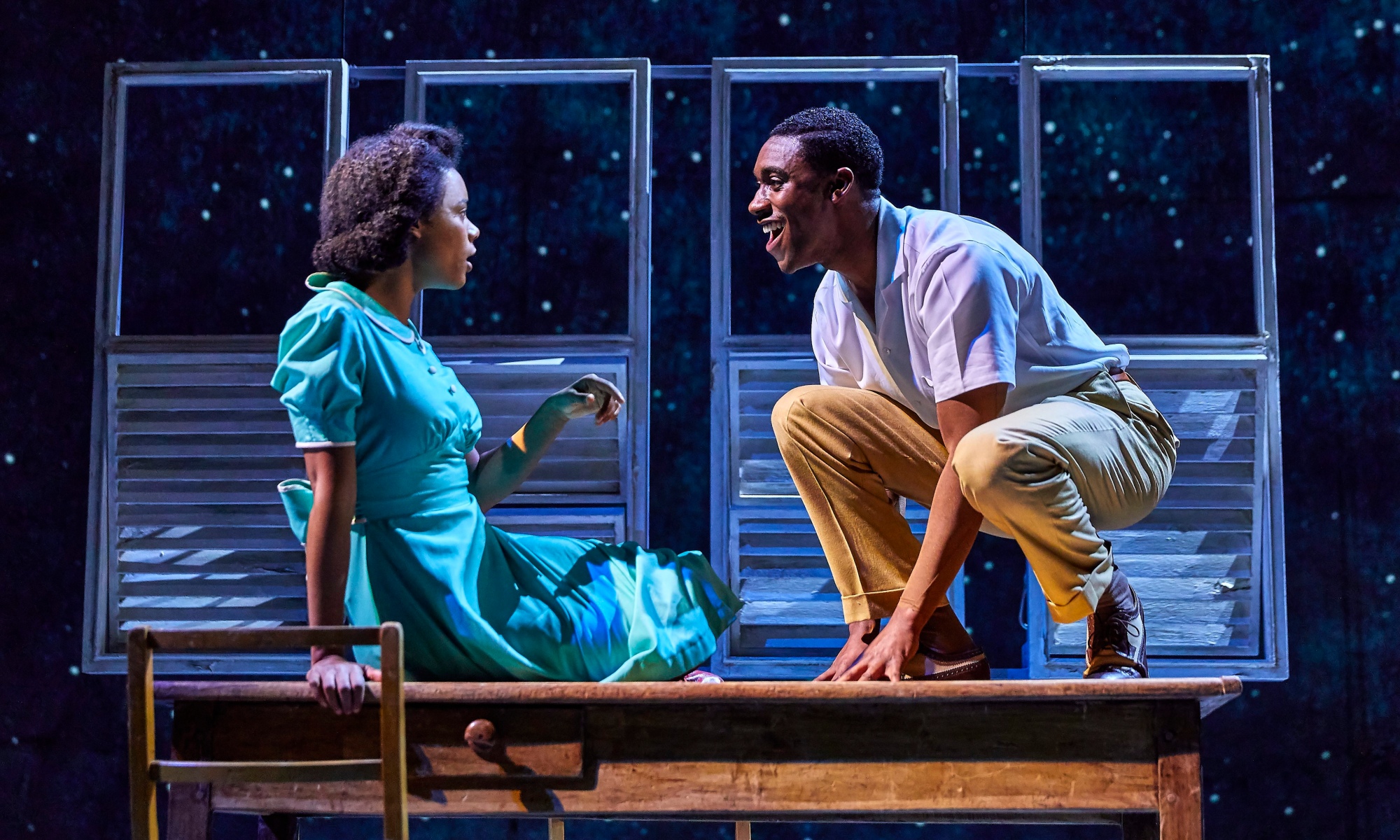 Levy’s Small Island turns monumental in Helen Edmundson’s stage adaptation. A saga chronicling the lives of Jamaican immigrants – including those who travelled on the Empire Windrush – the tale gains a whole new modern importance fifteen years after it was first released.

As the National’s most expansive theatre, the Olivier stage appears somewhat under-used by designer Katrina Lindsay. Ensemble members lingering in the background in several scenes and minimalistic sets are placed upstage. For a play with numerous intimate scenes in household environments, one wonders if the Lyttelton may have served the production better with its tighter staging. The primary benefit of the Olivier comes with its revolve, a practical solution to portraying and flitting between the interconnecting narratives of the three lead characters. A screen display does well to strengthen the exposition with a timely, vintage feel, but it’s a powerful cast which captures Small Island‘s charm with masterful subtlety.

Leah Harvey’s Hortense is assertive and well-spoken, but also raw and honest as she searches for a sense of comfort. Meanwhile Aisling Loftus is endearing as the upbeat, Lincolnshire-born Queenie, in a delivery which becomes all the more poignant when conflict emerges in Act Two. Credit also goes to David Fielder for delivering an emotional performance as Queenie’s father-in-law despite saying nothing at all.

When the nuances of the main protagonists clash with the overt racism of post-war Britain, the results are infuriating and devastating, culminating in a conclusion which is both moving and distinct for today’s audience.

Small Island is now playing at the Olivier Theatre until 10 August.