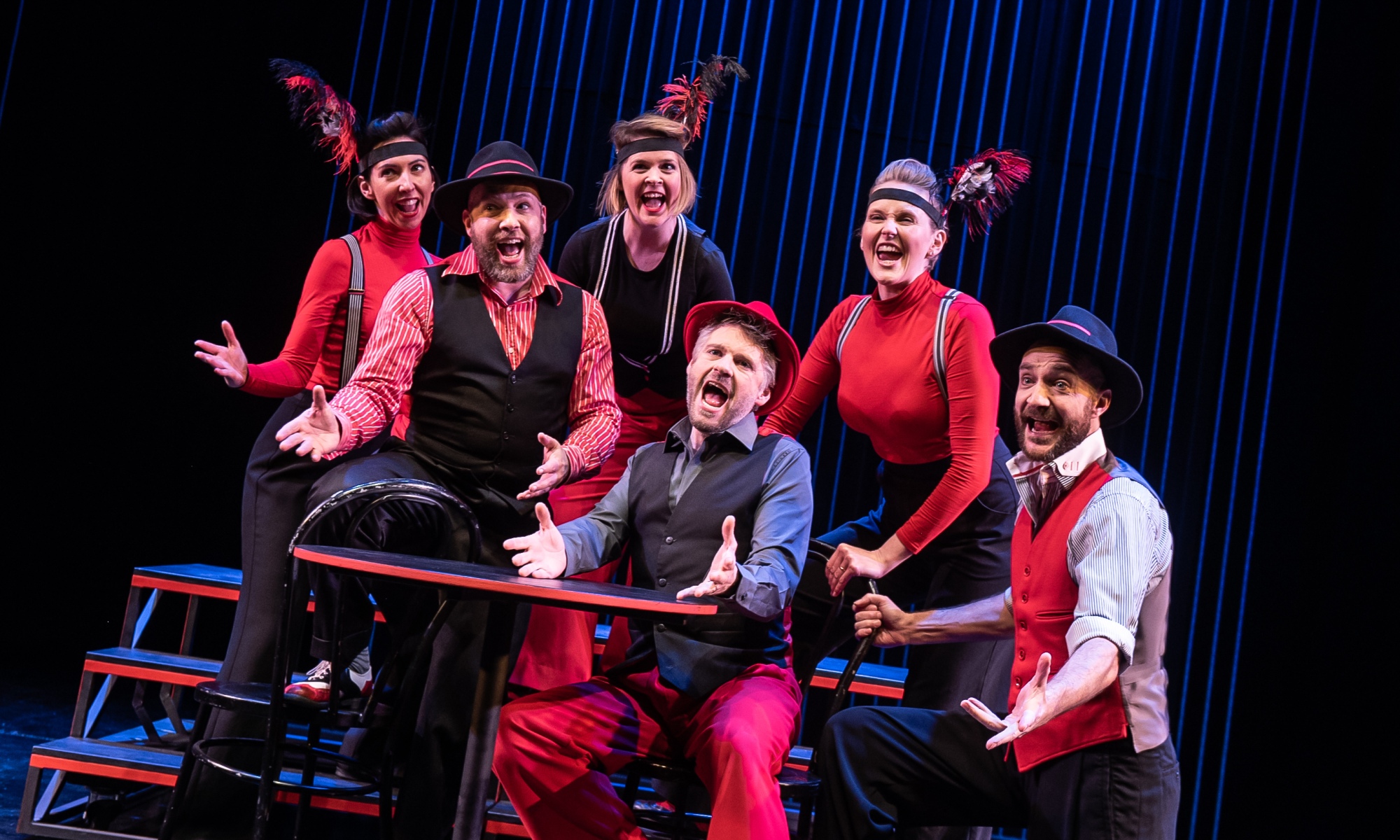 The wonderful part about reviewing a fully improvised musical such as Showstopper is that the world created by the audience lives and dies within the two hours running time. It’s a fitting description really, considering the opening night’s story was a grisly musical set in a funeral parlour called Stiff.

Dylan Emery is the enthusiastic curator of the crowd’s wild, wacky and creative suggestions, throwing their random ideas into the mix at any moment. A cliché romantic scene between two characters is made all the more entertaining when they’re suddenly interrupted by weasels taking part in Bolivian dancing.

It’s the sense of rapport between performers which lends itself to the quick-witted comedy at the heart of the production, and makes catchy and imaginative numbers in the style of Chicago, Six and The Little Mermaid plausible as huge West End hits. Expertly crafted in mere seconds with the help of a live band and mime, it’s astonishing that a last-minute musical could be on par with some of the classics, turning the impromptu into the incredible.

Showstopper! The Improvised Musical is now playing at The Other Palace until 16 March.

Disclaimer: I attended this show for free as a plus one, but I was not expected to write a review and the opinions in this piece are honest and my own.